We had plenty of time, so when they started playing we'd dial up everything. You know, 'Let's put a little amp on that.

It'll fill out the sound better. In the meantime, guide vocals were tracked with whatever mics were least susceptible to leakage — SM57s, SM58s, s. Everything got bounced down, because we were filling up tracks. We'd have the equivalent of 50 or 60 tracks on the track, combining and combining, going down a generation, and it's amazing because when I did a 5. To retain as much transients as possible without saturating the tape, I'd recorded it at 15ips, Dolby, zero level.


It was a different time. With everything in good shape, about four months were spent at Wally Heider Recording, adding most of Buckingham's guitar colours and harmonics, with Fleetwood and John McVie in attendance, while the women took a break, before returning toward the end for some vocal work. Here's how they sound on the piano Still, it was also at Heider's that we almost lost the album, due to the tape wearing out.

We listened to everything loud, and I started saying, 'Are my ears going or does this sound duller than usual? It seems like I'm adding more top end all the time. Every pass we had to stop and clean the heads, but still we pushed on, trying to get the work done, until finally I said, 'Maybe there's a bigger problem here.

Maybe we're doing damage. So much character was gone from the kick and the snare that they just sounded like 'pah, pah'. That's when the fog cleared from our brains and we knew we had a problem. The fact was, the tapes were just worn out. They had been played so much, and that Ampex tape also had a problem that we wouldn't find out about until later, but coincidentally we had a backup. Well, I didn't care, so I said, 'Sure'. 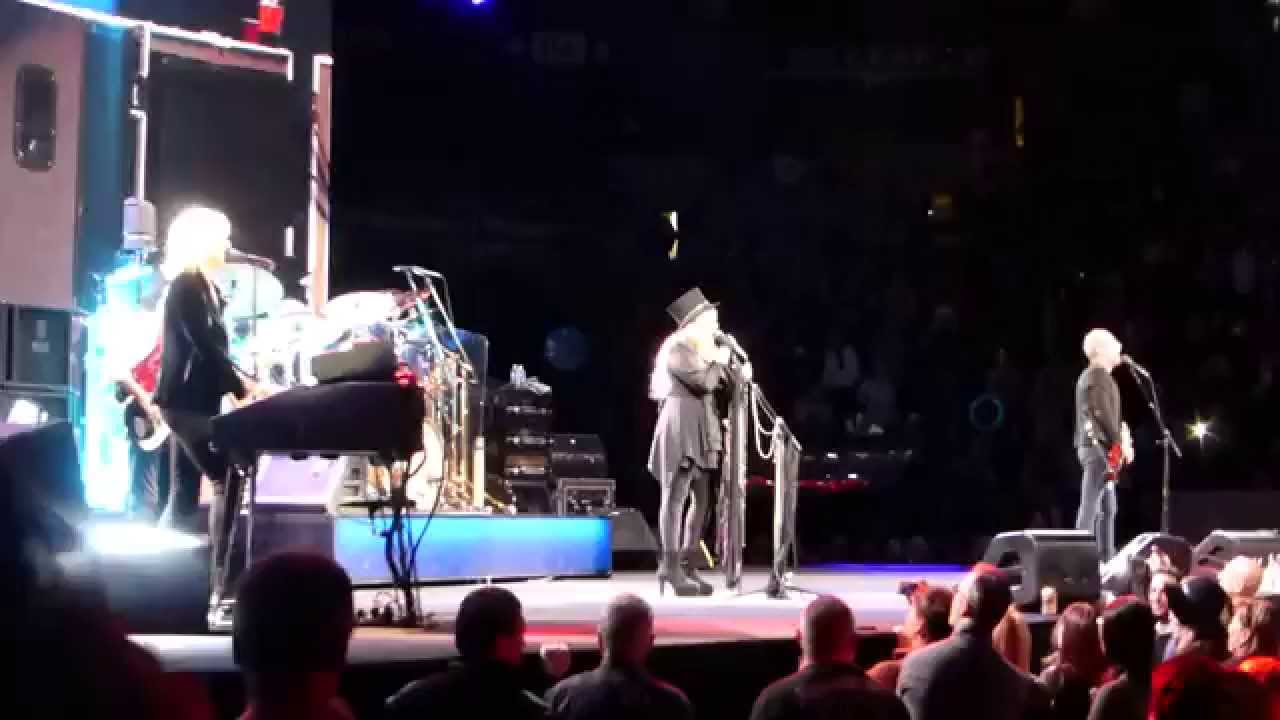 I've never done that at any other time, but in this case we ran two track recorders for all the basic tracks, so when we now couldn't tell the difference between the kick drum and the snare I remembered that we had these simultaneous first-generation masters. I said, 'There is a solution, guys. We could possibly transfer all of the overdubs back to the other tape and use the new drums. We went there and put the tapes up, and we manually transferred them side by side. If he put his headphones in the right direction, as one machine moved faster than the other, the image in his head would move to the right.

So he would turn the VSO to the left, and basically it was like steering it. I tried that a couple of times and it nearly scrambled my brain, but he did that all night long and saved our butts. Rumours would have been dead, just about. What a coincidence that we'd just happened to record double basic tracks.

Well, the Record Plant told her she could use Sly Stone's studio — a little sunken room that they'd built for him to work in — and one day while we were working on some track, she came in and said, 'I've just written the most amazing song. Let's hear it. Everyone else joined in, she did a guide vocal, and that was the keeper. It's the only time that ever happened. She tried to redo the vocal again and again, but she could never beat the original.

I actually wanted her to beat it, because it had the drums leaking into her vocal mic and, in a couple of spots where she sang softly, I had to ride it up and you could hear even more of the snare. Still, it was a one-off. The only thing was, to her the best-sounding mic was always a dynamic. I liked the dynamics because they had that proximity effect, and I used to put a rubber band around a wind-screen and place that on the microphone, making sure the wind-screen was about a half-inch from the front of the mic.

I'd say, 'Keep your lips up against that wind-screen,' and that way I got a lot of bottom, to which I could then add top if I wanted to. Drama, drama, drama. Fortunately, the tapes were now in sparkling condition, yet things didn't exactly calm down following the completion of work at Wally Heider's. Thereafter, more vocals were recorded at both Sound City and the Record Plant in LA, the band performed several live gigs, and during a week off in Florida there were sessions at Miami's Criteria Studios, prior to the main mix taking place on a custom-built, transformerless board at Producers Workshop on Hollywood Boulevard.

And still tensions were running high. Fleetwood Mac, Otherwise, we'll have to stop and comp it. So, I went ahead and recorded again, and then he said, 'Play the last one. I said, 'Uh, excuse me? You told him to get rid of that track! Sanity prevailed, and a good job, too, for it was at Criteria that Buckingham's stellar 'Go Your Own Way' guitar solo was ingeniously assembled from numerous takes by none other than Ken Caillat.

I remember, I'd gone away for Christmas vacation and got snowed in at Lake Tahoe, and when I finally returned I got a midnight call telling me to come to the studio because they'd been trying to mix that song and couldn't build the guitar solo.

So I drove there and did the solo, using mutes and faders while also having two solos play simultaneously for certain parts, such as one toward the end where he does this slide. And I also couldn't have done it that way in Pro Tools. I was literally playing the console like a musical instrument.

With Pro Tools there's no instrument to play. It's all about faders on the screen, whereas I want faders on the board that I can touch and move. Pro Tools is intellectual — 'Let's bring that up by one-and-a-half dB,' — instead of being able to push the thing up and feel it.

I mean, it may have been kind of cheesy that I was performing with this other guy's performance, but it was fun. Pressure "I remember one day they got a call from the record company telling them how important the next album would be. The Story Of 'Dreams' "Most of the material for the album was composed in the studio," Ken Caillat recalls, "but Stevie used to get bored, sitting around while all the technical stuff was going on, so she asked if there was a room with a piano to noodle around on.

It was just an angry thing that he said.

Rod Stewart. Elton John. You Better You Bet. The Who. The Bitch Is Back. Second Hand News.

Fleetwood Mac 'Go Your Own Way'

Bob Welch. Since You've Been Gone. Head East. Do Ya.